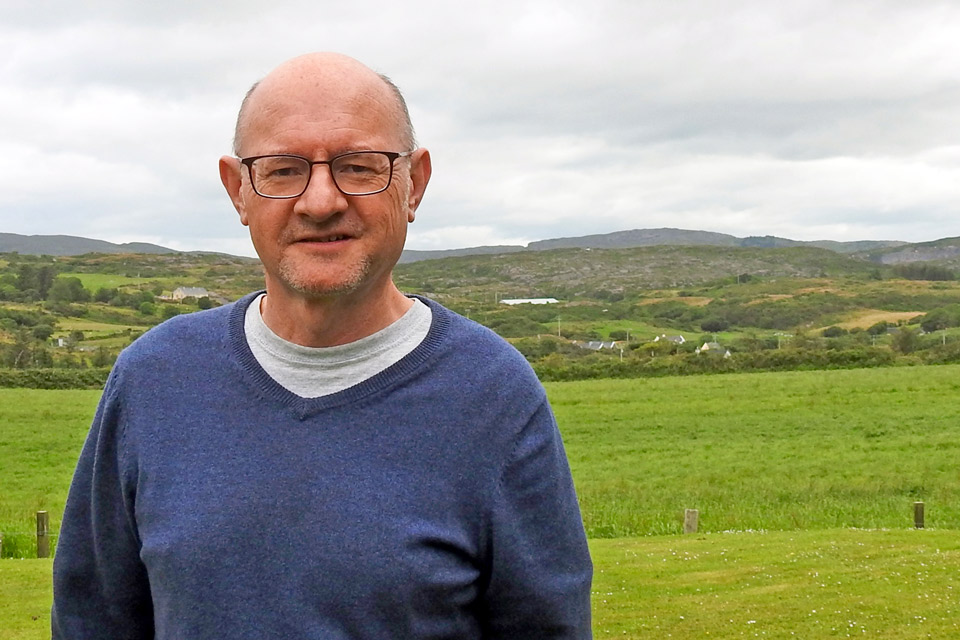 Irish psychiatrist Pat Bracken believes in a more humane future for psychiatry, one that questions some of the fundamental assumptions of how we approach mental distress. He is passionate about helping others reform and rethink a system that he believes is no longer fit for purpose.

Pat has worked in Ireland, Africa and New Zealand, and is one of the co-founders of the critical psychiatry network. Pat and his colleagues call for a radical rethink of psychiatry – towards a mental health system that puts dialogue, and the long term wellbeing of patients at the heart of practice.

Pat Bracken trained in medicine, psychiatry and philosophy in Ireland and the UK. He recently retired from his post as Clinical Director of the Mental Health Service in West Cork, Ireland. Pat helped implement the Finnish model of Open Dialogue in West Cork / Bantry. He now works as a freelance international consultant.

Pat has worked with refugees and asylum seekers in Africa as well as in the UK and he has also worked with victims of institutional abuse in Ireland and the UK.

Pat has sought to promote the importance of ‘critical reflection’ in mental health work and was one of the founders of the Critical Psychiatry Network. He was Professor of Philosophy, Diversity and Mental Health at the University of Central Lancashire in the years 2006-2008. Pat says:

“The challenge for us professionals is to find ways that we can open up spaces for dialogue. To do that we have to change the way we think about knowledge and expertise and we have to move substantially away from the idea that we’ve got to be doing more research and we have to be doing more of our investigations and that the future is about our science and our way of training ourselves.”

“That way of thinking, as though somehow there is some kind of singular truth about mental health and mental illness and that psychiatry and our allied professionals have access to, goes in the opposite direction from what is needed.”

“As professionals, we have to substantially move away from the idea that we’ve got some privileged source of knowledge and science about mental illness. We have to go right back to basics and say what kind of space, what kind of thinking, do we have to nurture within ourselves and our profession that will allow us to actually engage in genuine dialogue with people who come to services for help.”

Pat was co-editor of the book Rethinking the Trauma of War with Dr Celia Petty, published in 1998. His own book Trauma: Culture, Meaning and Philosophy was published in 2002. With Prof Phil Thomas, he published the book Postpsychiatry: A New Direction for Mental Health in 2005. In it they argued for a ‘paradigm shift’ in the field of mental health, and imagining a different way in which medicine can relate to states of madness, distress and alienation. We believe that medicine (not just in terms of drugs) has a vital role to play in helping people who are struggling with such states of mind. But we need a different way of conceptualising this role.”

“In Africa, I witnessed how people could recover from the most traumatic experiences with a strong sense of community support. To recover from illness, people need to have a sense of hope, purpose and meaning in their lives and ultimately, this comes more from the culture, economy and relationships they have.”

Founder and curator of Compassionate Mental Health. Brigid is a freelance journalist, writer and editor with a special interest in health and wellbeing more…
Robert Whitaker