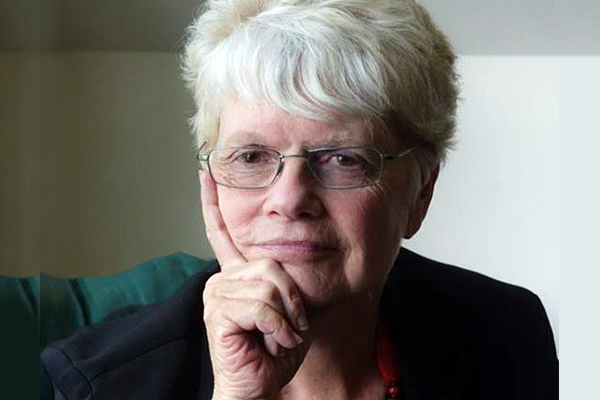 Sebern Fisher is a psychotherapist and pioneer of neurofeedback. She focuses on training the traumatised brain to learn its own regulation, and says you can recover from trauma at any age.

Sebern is a pioneer in new thinking and treatment approaches to developmental trauma. From 1980 to 1997, Sebern was the clinical director of a residential treatment program for  adolescents in western Massachusetts, where she introduced attachment theory in the mid-eighties, and Dialectical Behavior Therapy in 1991. Her centre became the first in the nation to adopt and implement DBT in a residential setting.

“The brain functions much better when it is regulated,” says Fisher. “The brain has an inherent desire for its own regulation. Talking to it doesn’t work, we have to use approaches that appeal to the brain. Neurofeedback is one of those approaches, that can help a person self regulate and organise, often for the first time. ”

Sebern was introduced to neurofeedback in the spring of 1996, when her friend, Kathy Zilberman asked her if she would be her first ‘subject’.  She recounts the experience of a weekend of neurofeedback training in the introduction to her book, Neurofeedback in the Treatment of Developmental Trauma: Calming the Fear-driven Brain.  When she went into private practice in 1997, she began to integrate neurofeedback with psychodynamic psychotherapy in the treatment of her traumatised patients.  Her book, published by Norton in 2014 is a direct result of what she learned in working with her own brain and with those of her patients.

Sebern maintains a part-time private practice focused on the treatment of adults suffering the aftermath of neglect and assault in childhood in Northampton, Massachusetts. She trains and consults both nationally and internationally in the use of neurofeedback in the treatment of developmental trauma, on the central role of fear in those who have suffered these histories and on the integration of psychotherapy and neurofeedback.

Sebern has written and presented two webinars: the first 16-part webinar was called Training Trauma: New Thinking, New Treatment, New Challenges and covered the impacts of developmental trauma on the brain and the integration of neurofeedback with psychotherapy. The second, The Nature of Forgetting: The Treatment of Dissociation, Repression and Regression with Psychotherapy and Neurofeedback was presented in early 2020.

Founder and curator of Compassionate Mental Health. Brigid is a freelance journalist, writer and editor with a special interest in health and wellbeing more…
Horatio Clare