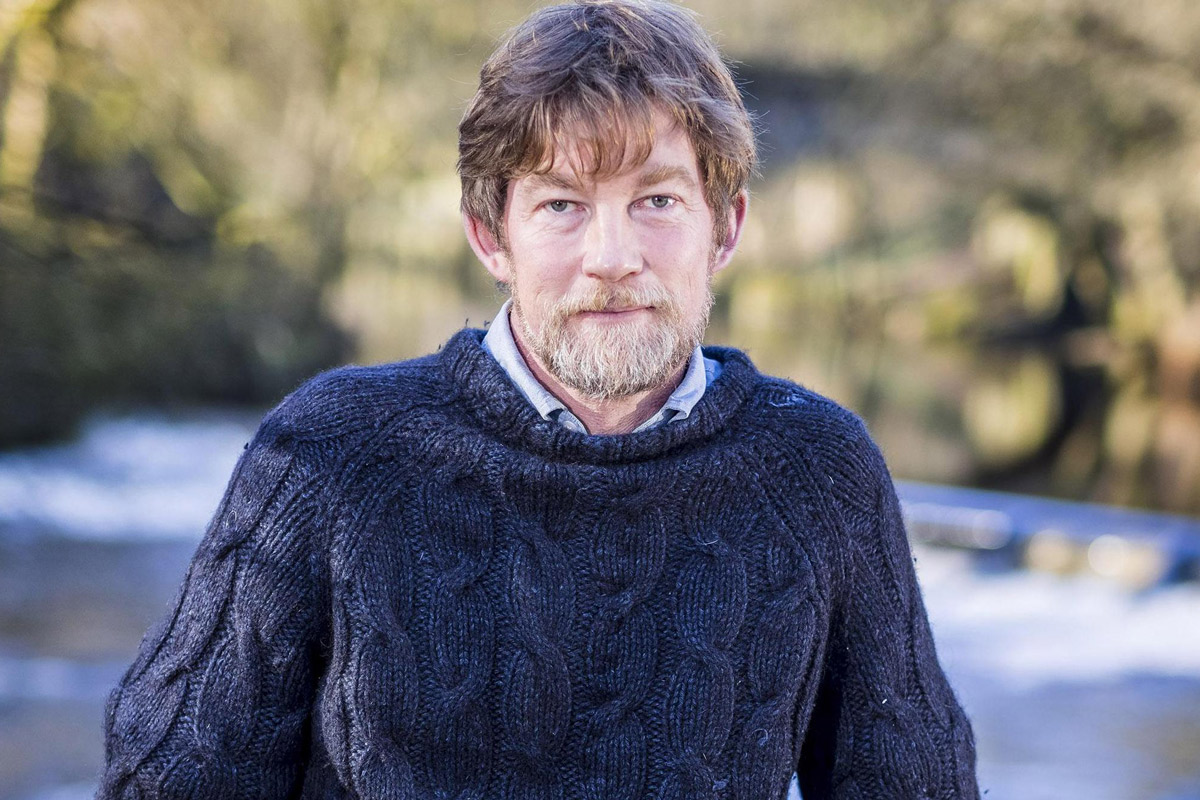 Writer and broadcaster, Horatio Clare’s latest book is a journey through madness and back out again, via the psych ward. A mix of moving biography and critique of the mental health system – a must read for anyone interested in thinking differently about how we treat mental illness.

Horatio Clare is a writer and broadcaster, best known for his nature writing and BBC 3 Sound Walks. His latest offering is of a different journey – into madness and back out again, via the psych ward.

Heavy Light is the story of Horatio Clare’s psychosis, when he was committed to hospital under Section 2 of the Mental Health Act. From hypomania in the Alps, to a complete breakdown and a locked ward in Wakefield, this is a gripping account of how the mind loses touch with reality, how we fall apart and how we can be healed – or not – by treatment.

‘An extraordinary book: deeply moving, darkly funny and hugely powerful’
~Robert Macfarlane
‘One of the most brilliant travel writers of our day takes us us now to that most challenging country, severe mental illness; and does so with such wit, warmth, and humanity, that, better acquainted with its terrors, we may better face our own’
~Reverend Richard Coles
‘A record of the bravest, most perilous, most intrepid journey that any human being can ever make. It is stricken, moving, urgent, crucial . . . A luminous, beautiful achievement’
~Niall Griffiths

Horatio Clare was born in London and brought up on a sheep farm in Wales. He read English at York University before joining the BBC as an arts radio producer. Horatio’s essays and features are published in The Financial Times, Travel + Leisure, The Daily Telegraph, The Daily Mail, The Spectator and Conde Nast Traveller,where he is a Contributing Editor.  He is a regular contributor to ‘From Our Own Correspondent’ on BBC Radio Four and the World Service. The presenter of numerous radio documentaries, his Sound Walks are a fixture of Radio 3’s Christmas schedule.

Horatio’s first book, Running for the Hills (2006), is the best-selling account of his childhood in the Black Mountains of South Wales. Described by John Carey in The Sunday Times as ‘the prose equivalent of a collection by Ted Hughes, or even Wordsworth,’ it was shortlisted for the Guardian First Book Award and won the Somerset Maugham Award.

Horatio wrote and edited Sicily: Through Writers’ Eyes (2006), an anthology of writing about the island interweaved with reportage, description and history. Truant: Notes from the Slippery Slope (2007), ‘a stunningly-written memoir’ (Irish Times) is a story of the 1990s and links between cannabis use and mental health. In 2009 Chatto & Windus published A Single Swallow, ‘an extraordinary and mesmerising odyssey following the bird’s migration from South Africa to South Wales’ (Herald), ‘travel writing at its very best,’ (Mail) which was shortlisted for The Dolman Travel Book of the Year. In 2010 Horatio won the Foreign Press Association Award for his feature ‘Rock of Ages – Ethiopian Highlands’. A year later, he published a novella, The Prince’s Pen (2011), a contemporary re-working of a tale from the Mabinogion.

Icebreaker – A Voyage Far North (2017), a sidelong look at Finland from the perspective of an icebreaker in the Bay of Bothnia, was shortlisted for Wales Book of the Year 2018. Horatio’s acclaimed books of nature and travel include Orison for a Curlew (2017) The Light in the Dark – A winter journal (2018) and Something of His Art – Walking to Lubeck with J S Bach (2018), taking readers from the last haunts of world’s rarest bird to the beauty and fury of winter in the Pennines, and across Germany in pursuit of the ghost of the great musician. A proudly Welsh writer, Horatio lives with his family in West Yorkshire.

Founder and curator of Compassionate Mental Health. Brigid is a freelance journalist, writer and editor with a special interest in health and wellbeing more…
Giselle Genillard